“Although your mind’s opaque
Try thinking more if just for your own sake
The future still looks good
And you’ve got time to rectify
All the things that you should.
Do what you want to do
And go where you’re going to
Think for yourself
Cause I won’t be there with you.”
The Beatles

It’s that time again, where I share with you some of the completely random things I think about during my travels. During the month since my last “DrayDreaming” post, I finished out my four amazing weeks in Budapest, spent 4 days in Paris with my parents, and I’m now in the middle of 3 weeks in Amsterdam. Anyway, here’s what’s been on my mind: 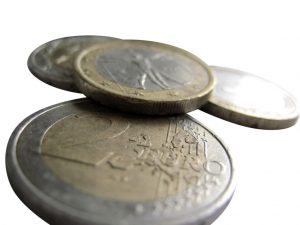 I’ve long advocated for the increased use of coins in the US. I say get rid of the penny and add a $2 coin while increasing circulation of the $1 coin. However, now that I’ve been in Europe for a few months, I find that my opinion may be shifting. Basically, I wake up each day on a mission to get rid of all of the coins I’ve accumulated from the day before. And just when I think I’m finished, along comes another pocketful of change.

However, while this sounds annoying, the coins may be less burdensome in the US where we tip for everything. Coins are perfect for leaving at a coffee shop or with an Uber driver.

When I was trying to think of a name for the blog, I quickly realized that there are certain words that are completely overused in the travel blog world. “Travel” “Wander” “Wanderlust” “Explore” “Nomad”… These are all words that you see everywhere on websites and Instagram handles. I wanted to come up with something original while also staying true to who I am and what I’m writing about.

My friend suggested “peripatetic” as another word related to wandering and traveling. Although I had to look it up, I did like it but 1. it sounds a bit like an SAT word that most people probably don’t know and 2. I couldn’t think of a catchy name that incorporated that word. Too many syllables maybe.

Anyway, I recently gave my dad a book about Paris called “Flaneur.” I didn’t bother to look up the word when I bought it but it got good reviews and I thought it would be fun for him to read before their trip to Paris. Little did I know that flaneur is a noun meaning “a man who saunters around observing society.” It’s a great word and pretty accurately describes how I like to travel! I gotta believe it’s pretty overused in the world of French travel bloggers. Regardless, maybe one day I’ll rename ADrayInTheLife and use some variation of Flaneur. Any ideas?

I don’t mind dining alone. Traveling solo for 6 months means that I better get used to it anyway. But I can’t stand how restaurants marginalize solo diners. I feel like I can see the host thinking: “Into what dark corner can we stick this weirdo?”

I hope the stigma changes. I’m happy to hear that there are some solo diner concepts out there and that some restaurants prioritize the solo diner.

It seems like the US is going through something so unique and intense with all of the anti-immigration sentiment to go along with the increased attention on the racial and ethnic division that plagues the country. I’ve always idealized Europe for being so multi-cultural but I’m beginning to realize that these problems are happening everywhere.

Of course, Brexit was based largely on an anti-immigration sentiment but there are other examples throughout Europe as well. Last year, the Netherlands saw the increased popularity of Geert Wilders who has been referred to as the Dutch Donald Trump based on his nationalist stance on immigration. In Hungary, they have a prime minister (Viktor Orban) whose recent reelection was based largely on a campaign promise to restrict immigration, despite accusations of political corruption. Recently, Italy went through their election cycle and the results left immigrants in that country concerned for their future. France recently passed a controversial immigration bill as well. You get the point…

Anyway, I don’t want to get too political with this post because this is obviously a sensitive topic for many. My two thoughts related to this are: 1. It’s interesting that the same issues are happening all over the world and 2. While in so many ways the world is getting smaller, it seems that rather than embracing each other, some people are getting more territorial… maybe our natural animal instincts kicking in…?

It dawned on me the other day that there are loads of people that are trying to sell pictures of statues. Of course, I’m ok with people selling postcards or other photos for tourists to buy in memory of a visit. But when people try to sell these photos as art, it strikes me as basically plagiarism. The person who made the statue should get paid, right!?! Plus, usually when the statue photo is labeled as “art” instead of a postcard, it’s about 25 times more expensive.

To master a language, you have to be able to understand it, read it, speak it, and write it. You would think that those four things would be connected but my experience with Dutch is proof that they can be very disconnected.

I was born in Holland but moved to the US when I was just 2 so I never had any formal education in Dutch. However, my parents would often speak Dutch at home so I learned to understand the language. Once I started attending schools in America, I was learning English so I would typically reply in English which was limiting my ability to speak in Dutch. In school, I obviously was learning to read and write in English as well. To my knowledge, most 5 year olds in America aren’t taking Dutch classes.

So now I still understand most of the language. Based on that understanding, I’m able to speak reasonably well though I struggle with my Dutch vocabulary. I never learned to read in Dutch but I can sound out words and make sense of most basic things though I’m hardly literate. Writing in Dutch??? Forget it. Not a chance.

In most European cities, I can’t help but cringe when I see major American chains like Starbucks and Hooters. There’s better coffee in almost every major city in Europe and Hooters just seems to reaffirm every awful American stereotype.

I’ve had a great time writing for ADrayInTheLife and posting pictures on Instagram but I’m really not sure I could ever do this as a full-time job. There’s a conflict in blogging that’s hard to overcome. To really enjoy travel, it’s important to be in the moment and have genuine experiences. However, as a blogger, you always have to be thinking about how to share those experiences. In other words, many people love to travel because it allows them to disconnect… but as a blogger you have to be connected the whole time.

I guess everything changes as soon as a hobby becomes a job. I used to think being a pro golfer would be a dream job. Traveling around to warm climates playing beautiful golf courses sounds pretty great! But what about the hours of practice and training? And what about the pressure to perform? It’s got to take some of the fun out of it for those people.

I’ve never really wanted to go on a cruise. I completely understand the appeal but I just don’t think I’d want to be on a boat for that long. However, Budapest serves as the starting point for dozens and dozens of those river cruises and I started to think that maybe the river cruise could be fun. You’re never far from land and you’d get great views from the boat. The boats are amazingly long but not overwhelmingly large so it feels more personal than one of those massive ships. The biggest problem is that they’re too expensive. Maybe when I’m older…

I haven’t driven a car for months. In fact, outside of six cab rides to/from airports and train stations, I haven’t been in a car at all since the end of February. I hope I remember how to drive. I wonder if my road rage will be better or worse once I get back behind the wheel.

… and these are the things I think!

Welcome to ADrayInTheLife! By any normal standard, I am an intensely analytical person. I need to understand and to be able to make sense of the world around me. And that’s the beauty of traveling, it’s a never-ending opportunity to explore the unknown. To me, understanding doesn’t come from the swarms of tourists at the top-rated site in each city but rather from immersing yourself in an experience, to visit a place as if you were living there, to see it through the eyes of a local. I certainly don’t have all the answers but I’m loaded with questions and my own best guesses. So this is my platform… consider it a travel blog for the inquisitive mind.

This site uses Akismet to reduce spam. Learn how your comment data is processed.

Music is such a huge part of my life and of the travel experience. Here are 10 of my current favorites (links to Apple Music):

James Carr
“I Don’t Want To Be Hurt Anymore”

Cash Back or Travel Points: What’s Worth More?

Welcome to ADrayInTheLife! By any normal standard, I am an intensely analytical person. I need to understand and to be able to make sense of the world around me. And that’s the beauty of traveling, it’s a never-ending opportunity to explore the unknown. To me, understanding doesn’t come from the swarms of tourists at the top-rated site in each city but rather from immersing yourself in an experience, to visit a place as if you were living there, to see it through the eyes of a local. I certainly don’t have all the answers but I’m loaded with questions and my own best guesses. So this is my platform… consider it a travel blog for the inquisitive mind.

"Travel and change of place impart new vigor to the mind."Seneca